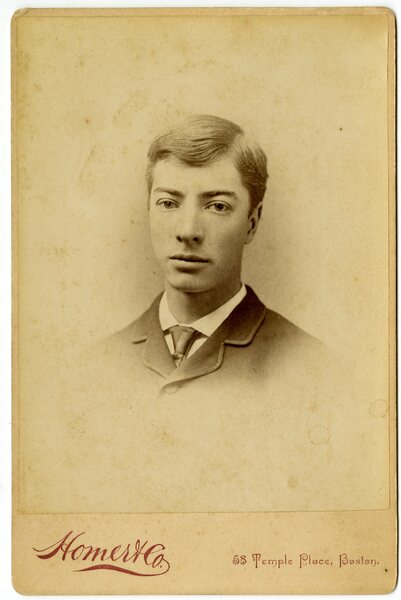 Artist Stacy Tolman was born in Concord in 1860 to Albert and Martha J. Stacy Tolman, and grew up in town.  He studied at the Boston Museum of Fine Arts and in Paris.  He returned from abroad, opened a studio in Concord with sculptor E.C. Potter, later one in Boston with W.H.C. Bicknell.  Having taught at the Massachusetts Institute of Technology, he became chief instructor in portrait and figure painting at the Rhode Island School of Design.  He died in Pawtucket in 1935. He is remembered primarily as a portraitist.  Nevertheless, the CFPL holds not only fine examples of his sensitive portraiture, but also three of his landscapes, all of them river scenes.